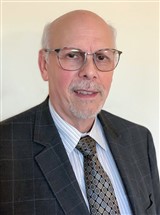 Dr. Gordon MacKinnon became involved in his profession as he was interested in helping people in the form of psychotherapy. From that launching pad, he moved into psychology because it offered him the widest range of possibilities for the future. He initially earned a Bachelor of Science in religious education from Rochester University and a Bachelor of Science in human resources development from Oakland University. He continued at Wayne State University to receive a Master of Arts in marriage and family therapy in 1987, and later earned a PhD in clinical psychology from the University of Detroit in 1997.

Site powered by Who’s Who Publishers